Update: November 2021
This article is out of date; there are no longer WebPageTest Server AMIs, so you need to install WPT on a base OS. There is an updated article here Automate Your WebPageTest Private Instance With Terraform: 2021 Edition

In a previous article I went through the steps needed to create your own private, autoscaling, WebPageTest setup in Amazon AWS. It wasn’t particularly complicated, but it was quite manual; I don’t like pointing and clicking in a GUI since I can’t easily put it in version control and run it again and again on demand.

Fortunately, whatever you create within AWS can be described using a language called CloudFormation which allows you to define your infrastructure as code.

Unfortunately it’s not easy to understand (in my opinion!) and I could never quite get my head around it, which annoyed me no end.

In this article I’ll show you how to use Terraform to define your private autoscaling WebPageTest setup in easily understandable infrastructure as code, enabling an effortless and reproducable web performance testing setup, which you can then fearlessly edit and improve!

END_OF_DOCUMENT_TOKEN_TO_BE_REPLACED

Update: November 2021
This article is out of date; there are no longer WebPageTest Server AMIs, so you need to install WPT on a base OS. The updated article is here WebPageTest Private Instance: 2021 Edition

If you have any interest in website performance optimisation, then you have undoubtedly heard of WebPageTest. Being able to test your websites from all over the world, on every major browser, on different operating systems, and even on physical mobile devices, is the greatest ever addition to a web performance engineer’s toolbox.

The sheer scale of WebPageTest, with test agents literally global (even in China!), of course means that queues for the popular locations can get quite long – not great when you’re in the middle of a performance debug session and need answers FAST!

Also since these test agents query your website from the public internet they won’t be able to hit internal systems – for example pre-production or QA, or even just a corporate intranet that isn’t accessible outside of a certain network.

END_OF_DOCUMENT_TOKEN_TO_BE_REPLACED

In a recent article I introduced Microsoft Cognitive Services’ Speaker Verification service, using a recording of a person repeating one of a set of key phrases to verify that user by their voiceprint.

The second main feature of the Speaker Recognition API is Speaker Identification, which can compare a piece of audio to a selection of voiceprints and tell you who was talking! For example, both Barclays and HSBC banks have investigated using passive speaker identification during customer support calls to give an added layer of user identification while you’re chatting to customer support. Or you could prime your profiles against all the speakers in a conference, and have their name automatically appear on screen when they’re talking in a panel discussion.

In this article I’m going to introduce you to the Speaker Identification API from the Cognitive Services and go through an example of using it for fun and profit! Though mainly fun.

END_OF_DOCUMENT_TOKEN_TO_BE_REPLACED

Microsoft have been consistently ramping up their AI offerings over the past couple of years under the grouping of “Cognitive Services”. These include some incredible offerings as services for things that would have required a degree in Maths and a deep understanding of Python and R to achieve, such as image recognition, video analysis, speech synthesis, intent analysis, sentiment analysis and so much more.

I think it’s quite incredible to have the capability to ping an endpoint with an image and very quickly get a response containing a text description of the image contents. Surely we live in the future!

In this article I’m going to introduce you to the Cognitive Services, focus on the Speech Recognition ones, and implement a working example for Speaker Verification.

END_OF_DOCUMENT_TOKEN_TO_BE_REPLACED

On the 16th January I had the pleasure of hosting another London BotFramework meetup at the newly constructed event space in the Just Eat offices.

They’ve joined three floors with a staircase, so attendees can have beers and pizza upstairs while the presenters sweat with the AV equipment downstairs!

There was a great turnout for this one, including the usual gang and a few new faces too.

Just want to get stuck in? Here’s the video; first half is Jimmy, second half is Jessica.

For this meetup we were fortunate enough to have the Engström MVP power team, Jessica and Jimmy, who were in town for NDC London and graced us with their presence.

The first session included several fantastic live demos where Jimmy creates a simple chat bot and, with minimal development effort, gets it working on Alexa, Cortana, and Google Home!

(Rendering my own ingenious Alexa BotFramework hack from last year quite useless!)

During the day Jimmy Engström is a .NET developer and he does all the fun stuff during his spare time. He and his wife run a code intensive user group (Coding After Work) that focuses on helping participants with code and design problems, and a podcast with the same name. Jimmy can be found tweeting as @apeoholic

In the second half Jessica gave a great overview of creating a framework to ensure your bot – speech or text based – seems less, well, robotic!

Some great takeaways from this which can easily be applied to your next project.

Being a geek shows in all parts of Jessica Engström’s life, whether it be organizing hackathons, running a user group and a podcast with her husband, game nights (retro or VR/MR) with friends, just catching the latest superhero movie or speaking internationally at conferences.

Her favorite topics is UX/UI and Mixed reality and other futuristic tech. She’s a Windows Development MVP. Together with her husband she runs a company called “AZM dev” which is focused on HoloLens and Windows development.

The updated event space at Just Eat is great and gives better visibility of the sessions thanks to stadium seating at the back.

The sessions were insightful and overall I think this went well.

Hello. I’m a grumpy old web dev. I’m still wasting valuable memory on things like the deprecated img element’s lowsrc attribute (bring it back!), the hacks needed to get a website looking acceptable in both Firefox 2.5 and IE5.5 and IE on Mac, and what “cards” and “decks” meant in WAP terminology.

Having this – possibly pointless – information to hand means I am constantly getting frustrated at supposed “breakthrough” approaches to web development and optimisation which seem to be adding complexity for the sake of it, sometimes apparently ignoring existing tech.

What’s more annoying is when a good approach to something is implemented so badly that it reflects poorly on the original concept. I’ve previously written about how abusing something clever like React results in an awful user experience.

END_OF_DOCUMENT_TOKEN_TO_BE_REPLACED

On Wednesday 22nd November 2017 I had the pleasure of running the third London Bot Framework meetup at the lovely Just Eat office in central London. The offices have been recently upgraded and the new meetup space has a huge 9 screen display a multiple mic speaker system, including a fantastic CatchBox throwable mic for ensuring everyone hears the audience questions

It has been a year since the previous one (whoops) but it was great to see some familiar faces return in the attendees. I had forgotten how much fun it is to emcee an event like this! Maybe next time I’ll be sure to just emcee and not also commit presenting a session too.

END_OF_DOCUMENT_TOKEN_TO_BE_REPLACED

A constant passion of mine is efficiency: not being wasteful, repeating something until the process has been refined to the most effective, efficient, economical, form of the activity that is realistically achievable.

I’m not saying I always get it right, just that it’s frustrating when I see this not being done. Especially so when the opposite seems to be true, as if people are actively trying to make things as bad as possible.

Which brings me on the the current Tesco mobile website, the subject of this article, and of my dislike of the misuse of a particular form of web technology: client side rendering.

What follows is a mixture of web perf analysis and my own opinions and preferences. And you know what they say about opinions…

Client Side Rendering; What is it good for?

No, it’s not “absolutely nothing”! Angular, React, Vue; they all have their uses. They do a job, and in the most part they do it well.

The problem comes when developers treat every problem like something that can be solved with client side rendering.

END_OF_DOCUMENT_TOKEN_TO_BE_REPLACED 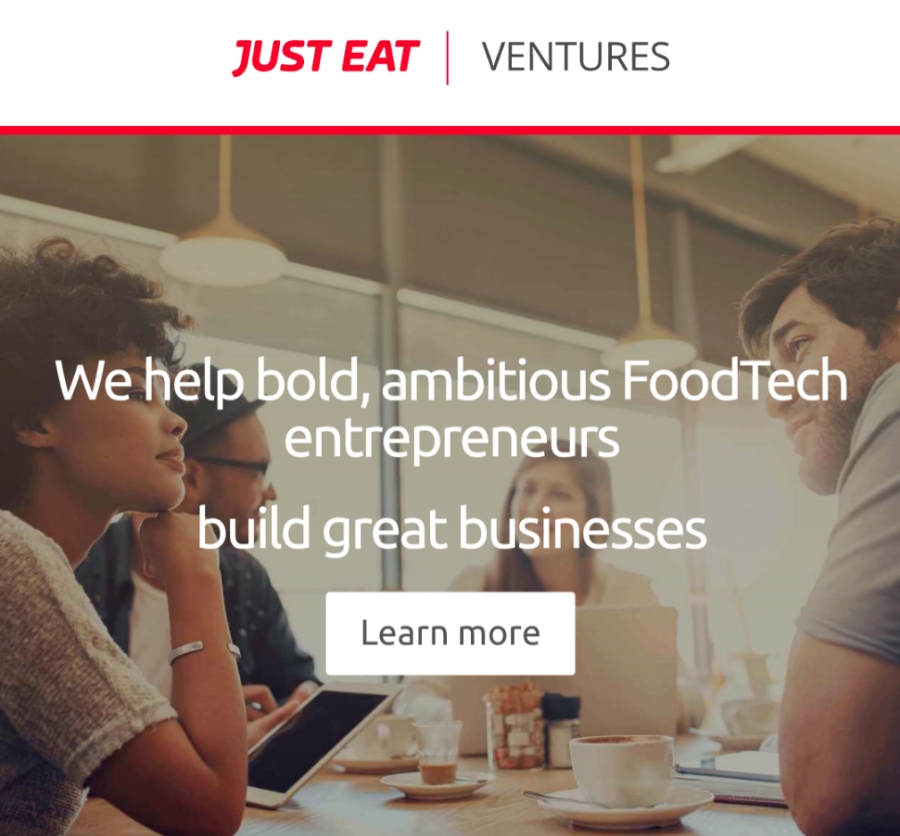 Having been the VP of Engineering at a startup, I understand a lot of the challenges. The technical ones relating to the solution you think you need to build, more technical ones relating to the solutions the investors want you to build, the development process to best fit a rapidly changing product, team, requirements, and priorities, as well as managing the team through uncertain terrain.

They’re the fun ones. The easy ones! Especially given how talented my dev team was.

The founder had the difficult challenges; define a product that could be a success, iterate that idea based on extensive user testing, and most importantly, ensure there was funding.

Luckily, our founder was as talented at soliciting funds as we were at building epic tech!

If you are involved in a startup, perhaps Just Eat’s Accelerator programme can help with both types of challenge!