Whilst I’ve been attempting to learn a new thing each month this year, I’ve been finding it really tricky to keep to the pretty loose schedule. As such, I though I’d try and note down every time a shiny new thing takes my interest, so that I have some idea why I’m incapable of completing a series of blog posts.

I’m really having problems with EC2 these days, and I’m constantly being dragged back into finding out what the problem(s) is/are..

Had to add entries into the rc.local to restart httpd and mysql, and also had to change the permissions on the file to allow it to be executed upon restart (sudo chmod 6755 /etc/rc.d/rc.local).

Instigator
— because the blog went down a couple of times and I didn’t notice!

WordPress 2 DropBox – killed me. As does mysqldump in general.

Instigator
— wordpress kept telling me to upgrade to the latest version, but also had a big MAKE SURE YOU BACKUP FIRST warning; and the WordPress 2 DropBox plugin killed my EC2 microinstance.

This totally doesn’t work! Uptime seems to happily report low CPU usage even when the site is dying. Maybe CPU is low and mem is high.. hmm.. may have to change that check.

Currently trying to get those three to work together and help me find out why the EC2 microinstance is so.. uh.. micro..

If you host your site on an Amazon EC2 Microinstance, be careful with the “WordPress Backup to Dropbox” plugin: I had to log on to the AWS EC2 portal, reboot the instance, then ssh in to restart the various services that hadn’t automatically restarted.. ugh. 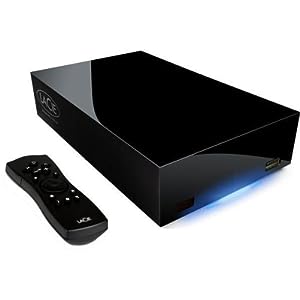 Making and hosting a website has never been easier, thanks to the likes of AppHarbor, heroku, and github pages. Now there’s a new contender on the block and it’s possibly even easier to use that the others; if you don’t do dynamic content and just want a static website, check out site44.com

This site takes your dropbox account (if you don’t know what dropbox is, head over to their site and watch the “What is Dropbox” video; essentially it’s distributed online file storage) and uses a folder (which it creates) as the root for your website. Just follow those steps and you’ll find a new folder appear in your local Dropbox folder:

In there you’ll find a new index.html page with the default content:

Open that file locally, edit it, save it, give Dropbox a second to sync it back up and: Think I might do a compare and contrast with Appharbor, github pages, and site44 at some point. The world is a clever place.