I’m committing to doing 12 months of “101”s; posts and projects themed at beginning something new (or reasonably new) to me. January was all about node development awesomeness. February was (sort of) all about Samsung Smart TV apps.

March is going to be about me playing with the raspberryPi!

So what’s a RaspberryPi? 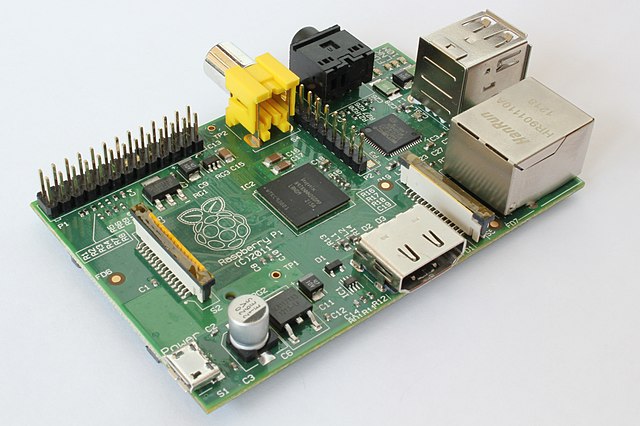 The Raspberry Pi is a credit-card sized, single-board, low cost, barebones computer, intented to be mainly used within the classroom as a cheap way to teach programming.

There are more than one version of the Pi and I’ll be referring to Model B during these posts, as it’s what I have.

Since the Pi runs from the OS loaded on to the SD card, then it’s up to your level of hackery skill to determine what software you’re going to run. Check out the wiki page to see what OSs are being, or have already been, ported to run.

The most popular ones are most likely those recommended by the fine people at raspberrypi.org, namely: a version of Debian (Raspbian), RISC OS, or a version of Arch Linux.

Raspbian is easy to pick up if you’ve ever played with Linux before.

Media centre
There’s a fantastic port of XBMC called Raspbmc which allows you to easily make a Media Centre PC (I’ll cover this in a later post).

High Performance Computing (HPC) environment
Want to get some more power? Buy a truck of Lego and 64 raspberyPis and network them together in a HPC stylee!

Loads of others!
Srsly. (At least) One guy has sent his almost into space. Amazeballs.

It’s all up to your imagination and time; I have one but not the other so let’s see what I come up with this month..!

How do you use it?

Knowledge of either Python of C++ seems to be the main way to get into working with the device; python is the recommended language for general development most likely due to it reading like a high level language and not needing compilation; just edit, save, execute.

Setting up the thing; getting an OS on it, getting a bluetooth keyboard working, setting up SSH – that sort of thing.